Almost forgotten for many years…

Edward Carpenter (1844-1929) was of outstanding importance. Socialist and poet, feminist and mystic, he was openly homosexual and an early advocate of gay rights. He influenced a generation of socialists and writers (especially E. M. Forester). His views on the gay life were revolutionary in their time and are still relevant today.

First given as a lecture, Homogenic Love was published in 1895, the year of the Oscar Wilde trials. What was said then, still needs saying today.

Here is my new housemate Josh with his gear. 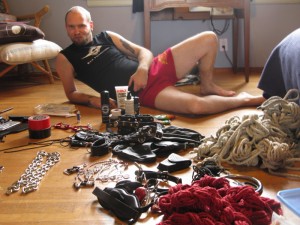 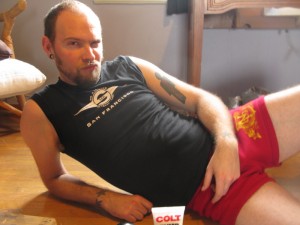 I was so inspired by yesterday’s Queer Science Fiction and Fantasy (QSF&F) Book Club meeting that I published a review of “The Windup Girl”! I’d love to read your comments about the review.

I just published an article at a new website called suite101.com where I’m now a contributing writer. The article, entitled Gay Dating on the Internet: Queers in Cyberspace, covers the topic in some details, including the new trend in mobile phone cruising using Grindr. I’d love to read your comments about it.