About 20 students and supporters in a cooperative event space in the Mission. Breakfast of donated pastries, peanut butter, and celery. Grew to 25-30 students by mid-day.

Activist panel: apocalyptic ecological scenarios, how to move past hopelessness, stop infighting, arguing over whose ideology is the best, each person contributes in their own way, solidarity, making compromises and sacrifices, collective ideal of utopian future, use that to decide when to compromise, revolutionaries need a clear collective purpose and focus to make decisions in a rational manner. Concept of a culture of resistance, normalize radical actions in the daily sphere of humans on the planet, a way to reduce risk as we escalate tactics. How do cultures of resistance relate to mass movements? How to get people involved? People’s privilege in the U.S. will have to be threatened until they don’t have a choice or is it a myth that people are too well off? That identifies the U.S. with white middle-class America. Different perspectives on privilege. But in history the struggles come from communities of color and those who have suffered oppression. Where is the force for change going to come from in the U.S.? When organizing is divorced from working class movements of color, then it won’t be as effective. We live in the greatest terrorist state that the world has ever seen, founded on the genocide of the native people who lived here. Privilege is corruption… it’s a matter of dismantling privilege. Many people see political organizing as ineffective, so how to get them to see their efforts as effective. When people with privilege ally with those who don’t have privilege, then it turns the system upside down. It confuses the police and the media. Concept of ally very important. Occupy using old tropes, rehashing old tactics, symbolic one-day marches and protests, think outside of the box. Lots of small actions in individual communities that are creative and involve people. People need to see a successful struggle. Sometimes that happens by models outside the US or movements within the US. Need to win enough struggles for people to have confidence in the struggle. Build base. Take context into account and think strategically about how we tailor our tactics to our goals, which requires identifying our goals in the first place. Mass demonstrations do activate people and make connections. But protest and demonstrations also perpetuate the idea that we live in a pluralistic, tolerant, democracy. One person said need to have a highly trained cadre to attack infrastructure. Another person responded about the farm, trespassing on land, don’t need Whole Foods, can grow your own food with people you just met, something hopeful to look at, not just symbolic. If mass underground action is happening, then the Occupations won’t seem radical anymore. What is the difference between an activist and an organizer? Core organizers vs. people who are just getting involved.

what are the strategies and tactics that can hit the 1% at their achilles heel in a way that the 99% can understand and support what we’re doing? level of paralysis that you can get by withholding labor, study what happened in Egypt and Tunisia recently, tactic of strikes, French labor strike in October, production-consumption capitalist based economy.

Kent State students joined by locals in doing some “smashy smashy”
National Guard ordered in when ROTC building burnt. Lockdown of campus, not allowed on campus if not student, created a culture of fear and idea that they couldn’t resist, but they resisted anyway. People part of different resistance movements came together. No one expected the National Guard to fire, but they panicked, said rocks were thrown at them. They marched away to a field that was surrounded by a fence. Guards say they were not ordered, but 27 shot 67 rounds and killed 2 women and 2 men. After that, 4 million students went on strike, stepping away from campuses. Students had been organizing for the prior decade so networks were ready to be activated. Also had to do with the draft. Students exempt as long as they were in good standing. Constant state of fear over losing privilege and getting shipped to possible death in Vietnam.

* Wealth of information at your disposal

* Limited to when you are a student at university, transitory, temporary

* Curriculum can be narrowly defined, limits on class offerings

History of SNCC, started nonviolent, opened to violent tactics
Did Freedom Rides in the South, despite facing lynchings, bombings, etc.
Once they started talking about black power, they started losing black power
Got rid of white folks in the organization, lost funding
They dropped out of school after the sit-ins in the 60s

effect of student debt:
– atomizes students, “my debt”, have to get a job to pay for it
– brings people to point of being fed up, affects them directly
– can’t go into bankruptcy to get rid of it
– antithetical to the educational mission… a financial investment rather than a quest for knowledge and skills
– corporatization of universities
– what is the purpose of education in our society? just for diploma to get a job or for personal and societal fulfillment?
– US has highest cost for personal education in the world
– academic freedom

* use of murals: Diego Rivera and muralismo
* Bernal Library mural to be replaced in June
* chanting, short-lived, tiring, ugly, angry — replace it with singing, can sign all day long, beautiful
* administrators using structure to keep students from organizing, including even building architecture

Occupy critique:
– how to remain nonviolent, “violence” discredits what we’re trying to accomplish
– most of communication is non-verbal
– Occupy identified the problem that we have no control of our own lives
– camps example of taking control of our lives, participate in society that we want to live in
– take the public sphere back, return the commons to the people
– camps built personal relationships, community and coalition building
– got tied up in occupation of space, maintain as a tactic but not the only tactic
– strategy in a world that’s being privatized
– civil rights movement able to build a sense of solidarity and comradery with the people
– some people coming to Occupy sometimes don’t get a feeling of true community
– we are all occupying stolen land, unless you are native american
– creating 1% vs 99% meme
– horizontal model and consensus system very effective in demonstrating type of change people want to work for

Great panel on Privilege and Self-Oppression facilitated by Ramses. 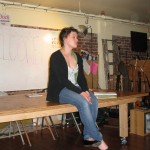 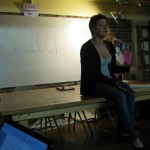 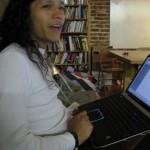 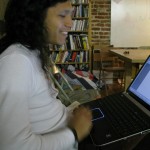 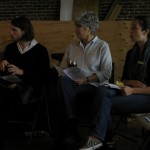 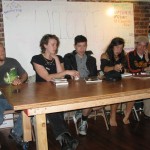 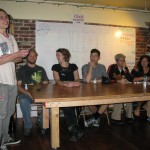 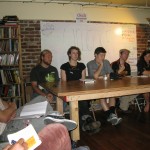 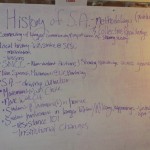 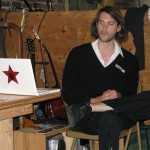 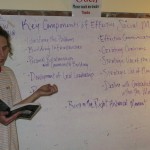 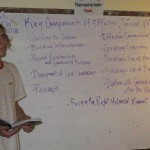 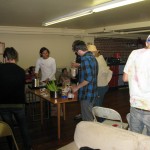 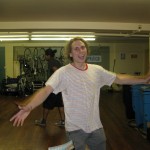