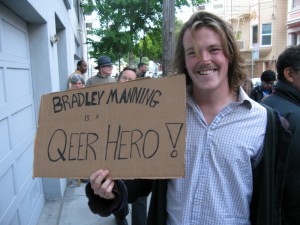 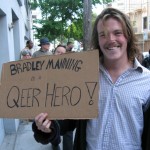 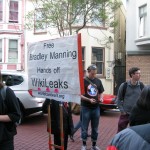 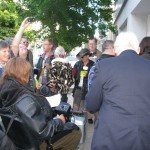 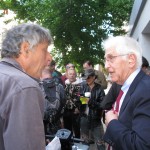 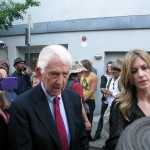 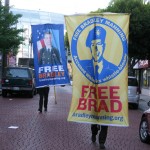 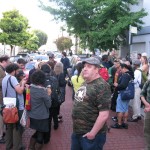 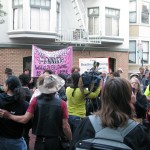 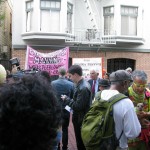 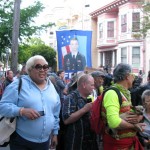 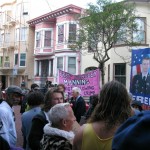 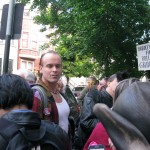 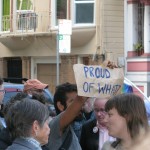 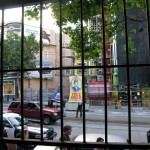 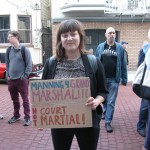 May 22 marks what would have been former San Francisco City Supervisor Harvey Milk’s 78th birthday.

Milk has been widely referred to as a martyr for the LGBT movement, but it is not his death that first launched Harvey into the public’s eye.

Milk’s election to the San Francisco Board of Supervisors in 1978 was an historic moment. His win came after two unsuccessful bids in 1973 and 1975.

In 1977, when voting for San Francisco City Supervisors transitioned from city-wide elections to district elections, Milk managed to win a seat on the Board and in so doing became the first openly gay elected official of any major U.S. city.

When Milk addressed a crowd of supporters after his victory, he noted the significance of his election for the LGBT community, “This is not my victory — it’s yours. If a gay man can win, it proves that there is hope for all minorities who are willing to fight.”

As a supervisor, Milk rallied the city council in 1978 to pass the city’s landmark Gay Rights Ordinance, which barred employers from firing employees because of their sexuality.

Milk’s fellow supervisor Dan White resigned from the Board in opposition to Milk’s bill.

White would later return to City Hall and shoot then-Mayor George Moscone and Milk, killing them both.

White was arrested and tried in a trial that would make famous the “Twinkie defense” (which formed part of White’s diminished capacity defense). When White’s 7-year prison sentence for manslaughter was announced, the San Francisco LGBT community was outraged. Many in the community saw the sentence as excessively lenient for the dual assassinations.

On May 21, 1979, members of the San Francisco LGBT community gathered in San Francisco’s Civic Center to protest the verdict and the White Night Riots broke out, chanting, “We want justice!,” and “Remember Harvey Milk!.” Protestors outrage spilled over into property destruction. Twelve police cruisers were burned and windows were smashed.

To those who lived through those years, Harvey Milk’s life and times are fairly well-known, but youth face significant hurdles to receiving LGBT history in the present education system.

Help spread the word about this history. Just copy and past this blog entry into your bulletin or blog.

Jim e and I got up reasonably early and after a quick breakfast we headed to the Cafe de las Madres near the Plaza de Mayo.

After a drink and a look at the pictures and the list of disappeared persons at the cafe, we walked over to the Plaza de Mayo and watched the mothers and grandmothers as the walked around the plaza. I even walked a bit with them.

I felt moved by their courage in standing up against the abusive Argentinian dictatorship in support of their family members who were “disappeared.”

We met Frank, a French-speaker from Montreal there after earlier meeting him at the hotel.

After searching unsuccessfully for a vegetarian restaurant, we ended up eating at a mediocre restaurant with mate (the ubiquitous tea-like beverage served warm in cured pumpkin gourds), bruschetta, and empanadas (which weren’t as delicious as the one I had near the plastic surgery clinic).

That evening, we went to a vegetarian restaurant called Bio in Palermo Viejo, which was hands down my favorite restaurant in all of Buenos Aires.

After barely graduating in 1985 with a degree in Writing and Computer Science from MIT due to my activism there, I hightailed it back to the San Francisco Bay Area where I was hired at Sun Microsystems as a technical writer. The guy who hired me was an anarchist and one of the reasons I got hired was because of my nonviolent anarchist philosophy and activism.

I led a dual life as a well-compensated corporate worker and as an activist for a variety of causes. After the release of a computer called the SPARCstation 1, for which I had worked outrageous hours producing a new set of manuals that made it possible for non-technical users to use the machine, management rewarded me by proposing a paid leave of absence so I could relax and recuperate. When they mentioned the possibility to me, I was overjoyed and requested a year’s sabbatical to travel around the world. When I told my manager this, she gulped and said she’d check to see if it was possible. After checking with her boss, she came back and told me that if I insisted — which I had by telling them I was planning to leave the company if they didn’t grant me the time away — then they would give me a few months paid leave and would try to rehire me upon my return if a position was available.

So, off I went. My first stop on the trip was in October 1989 at Yale University for the Third Gay and Lesbian Studies Conference, organized primarily by a Yale history professor and department head known as John Boswell, author of Christianity, Social Tolerance, and Homosexuality and of Same-Sex Unions in Pre-Modern Europe.

The conference was rather unique in that quite a few activists — queer activists — attended, including myself. It was the heyday of Queer Nation and its in-your-face direct action tactics for queer activism.

At at the conference, I met the likes of John Boswell, Vito Russo, Larry Kramer, Jonathan Katz (well, I already knew him from activist circles in San Francisco), and a host of others.

The conference was well-run and had the excitement of a groundbreaking moment in history. The sessions were well-attended and provoked fascinating dialogues that lasted long into the night.

At one plenary session, someone ran into the room and yelled that the Yale police were arresting one of the conference attendees. Naturally, this shocked the crowd. The surprising reaction of the crowd was to relocate en masse to the scene of the arrest. Apparently, the Yale police were upset with an activist from a group called Arms Akimbo who was posting somewhat provocative flyers around the university campus.

They were quite surprised when a crowd of dozens of conference attendees arrived at the scene. Once it became clear what had happened, the crowd surrounded the police vehicle and requested the release of the activist in police custody. The police refused, and in the ensuing melee, a half-dozen more activists were arrested for lying down in front of the police car to block its progress. I was one of those arrested. We were taken in a police wagon to the jail in New Haven and I remember being excited and not at all scared. (Even previously on my first of many arrests for civil disobedience, the rush of it all kept me from being truly frightened.) We talked amongst ourselves, reassured each other, and developed a sense of solidarity that we would not budge until all of us were released. Not anticipating an arrest, most of us had identification on us, so it was not a question of whether we would be identified.

Meanwhile, John Boswell had contacted the president of Yale University and was negotiating for our release. Apparently the president of Yale got on the horn with the chief of New Haven police. I can only speculate that he applied pressure to avoid the embarrassment of the conference arrests becoming widely publicized by urging the chief to release us rapidly. Somehow, we were processed within hours and released with orders to appear in court on a later date. If my memory is correct, they released us without us signing any promise to appear, although I may have that part wrong. The reason I think that is that I was scheduled to continue on my trip around the world. So I wrote a letter to the judge, which I left with one of my fellow arrestees. In the letter, I explained that my pressing responsibilities for this trip prevented me from making a court appearance what I consider to be a spurious arrest that compromised the free-speech rights of the conference participant. I went merrily on my way with my travels and, to this day, I’m not sure how my case was resolved in the court. My memory is that the others had their cases dropped with no further penalty. But who knows, I may still have an outstanding warrant for my arrest in New Haven.